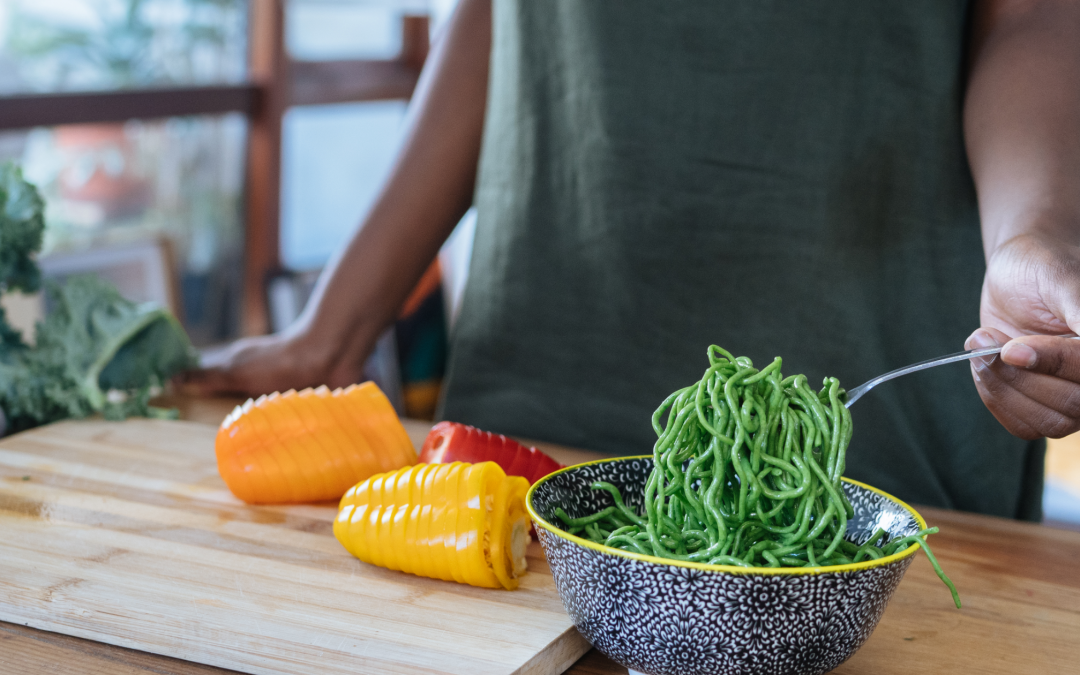 New research shows increasing your intake of fresh veggies can boost your well-being in as little as two weeks. Although the study didn’t explain why, previous studies show eating more veggies impacts brain, immune, and gut health —all of which affect your mood.

The New Zealand study divided more than 170 young adults into three groups. The researchers personally gave one group two servings of fresh veggies each day. The second group was given vouchers and text reminders to consume extra produce. The third group was not given any produce or vouchers.

The first group given the extra produce in person consumed an average of 3.7 servings a day of veggies. After two weeks they reported feeling improvements in mood, vitality, motivation, as well as a flourishing of well-being.

The other two groups reported no change.

When you look at the effects of a plant-based diet on health, the results of this study are no surprise.

Here are four reasons why eating more veggies can make you happier and more motivated:

It’s no mystery why constipated babies are so fussy. Research shows a higher prevalence of mood disorders in those with chronic constipation. Although myriad factors can cause constipation, often it’s as simple as too little plant fiber. Eating ample amounts of veggies and fruits promotes regular, healthy bowel movements. Constipation increases circulating toxins in the body, which can inflame the brain and leads to bad moods.

The new recommendation from the American Institute for Cancer Research is to eat at least five servings a day of fruits and veggies, but ideally, you should eat seven to ten. Five of those servings should be vegetables and two to three fruit (to avoid consuming too much sugar). In other words, two-thirds of each meal should be vegetables.

A “serving” is a vague reference. Here are some ideas of what a serving looks like:

Most Americans don’t eat near enough veggies. It takes some practice and discipline to develop a vegetable habit, but once you do you’ll be motivated by how much better you feel.

Start your day by asking yourself where are you going to get your veggies today. Work at getting some veggies into each meal. Even breakfast!

Prep veggies ahead of time so they are ready to eat at mealtime. Frozen veggies are a good option too. Quick salads, and make big batches of veggie soups, stews, and stir-fries are fast and easy!