Gluten: How Does it Affect Your Body? 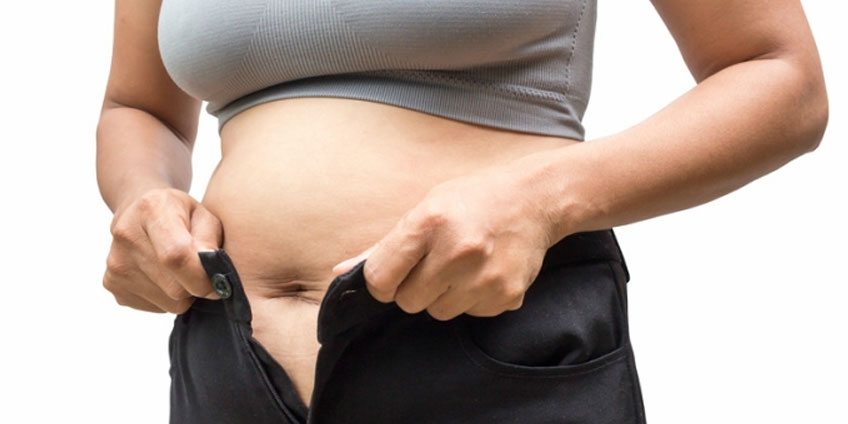 A protein that is found in wheat, barley, and rye, gluten is the substance that makes most breads stretchy and elastic. As the name indicates, this gluten protein acts as a kind of “glue” to hold the bread together. And while gluten is great for making baked goods taste yummy, it is the only protein that is completely unable to be digested by the human body. Gluten is like glue in the intestinal track. This is why some people have a tendency to build up an intolerance or sensitivity to gluten.
HOW DOES GLUTEN AFFECT THE BODY?Because gluten cannot be digested, a typical body will simply send it through the digestive system and out of the body. But some people who are sensitive may find that the molecules of gluten can make their way through the lining of the intestines and cause inflammation. People with Celiac Disease have an inability to process the gluten, which gets caught in the lining of the intestines and blocks the body’s ability to absorb nutrients from their food which can cause malnutrition. Not all persons with Celiac Disease have outward symptoms.While under 2% of the population is diagnosed as Celiac Disease, there are many more people whose bodies are sensitive to gluten. And many of them don’t even know it! Celiac Disease can be diagnosed with special blood tests or biopsy. There are also tests available to test for gluten sensitivity. Even people who have not been diagnosed with Celiac Disease or gluten sensitivity may find that they benefit from participating in a gluten free diet. Here’s why:

Those who struggle with autoimmune disorders or inflammatory diseases such as Hashimoto’s, Rheumatoid Arthritis or Lupus may find relief by employing a gluten free diet. The gluten that is contained in grains (particularly wheat) may be difficult for the immune system to identify, meaning that it body may think that it is a diseased substance and causing the body to attack itself. Because of this, the immune system attacks the intestines and can create a significant amount of damage.

Inflammation is the immune system’s response to the kind of injury that happens when the gut is irritated. Eating a wheat-free and gluten free diet may help to minimize the inflammation that happens in the GI tract.

In addition, some medical professionals believe that limiting the amount of gluten in the diet may also minimize problems with other autoimmune disorder that cause joint pain, such as Arthritis. This is because if the gluten that cannot be digested passes through into the rest of the body, it may cause inflammation that concentrates into the joints. Many Rheumatoid Arthritis and arthritis patients have reported that they feel less joint pain when they do not eat gluten. This could be a clue to managing inflammation in the body in a more natural manner.

Even for people who do not have Celiac Disease, gluten can cause extremely painful symptoms in the gut including bloating and gas. The inflammatory action of gluten in the diet can contribute to chronic problems with bloating, sometimes with an almost immediate onset just following the ingestion of wheat.

Gluten cause permanent damage in people with gluten sensitivity or intolerance, it can cause severe gastrointestinal discomfort and those who struggle with this may benefit from removing wheat products and gluten filled grains from their diets.

Irritable Bowel Syndrome (IBS) is one health problem that may benefit from the application of a gluten free diet but other health issues related to bloating may be positively affected as well. One of the best ways to determine if gluten is the cause of bloating is by eliminating it completely from the diet for at least four weeks. Then, re-introduce it gradually to determine if the symptoms happen to return.

Because Hypothyroidism is an autoimmune disease in the majority of cases, a strong connection between thyroid problems and gluten intolerance has been found. This link has been found in both versions of AITD (autoimmune thyroid disease), including Graves’ Disease and Hashimoto’s Disease.

Some of the connection between these two diseases may have to do with the fact that the molecular structures of the gluten protein (gliadin) is actually quite similar to the molecular structure of the thyroid gland. As the immune system attacks gluten that leaks through the gut and enters the bloodstream, the antibodies that are sent out to attack the gluten have a tendency to attack the thyroid tissue as well. Essentially, the body immune system is attacking its own thyroid gland when gluten is ingested, which is clearly a problem for those who already have struggles with their thyroid glands.

With over 20 million Americans struggling with thyroid problems, it is important to understand that many people may be affected by the link that has been made between AITD and gluten intolerance. And because it can take up to six months or more for a person’s body to completely restore itself from an inflammatory response to gluten, this is a long-term commitment that can make a huge difference to the health.

This break down of the lining of the intestines can result in a “leaky gut” that results in severe problems including the release of toxins, unhealthy microbes, and other particles into the bloodstream allowing them to travel throughout the body. Because the immune system recognizes these as foreign objects, the body attacks them.

Although problems with leaky gut can be caused by many issues, gluten is the primary cause. The good news is that this means those who have a leaky gut may be able to promote healing by completely cutting gluten containing foods out of their diets.

Although there is little evidence surrounding the idea that a gluten free diet may help with autism and other brain issues, there are some medical professionals who have found a link. One connection is an issue referred to as gluten-sensitive idiopathic neuropathy which indicates that a majority of people neurological illnesses of an unknown cause may actually have gluten antibodies in the blood.

Cerebellar ataxia is one specific disorder that is often directly connected with the consumption of gluten and patients who have this disorder often show significant improvement when they remove completely gluten from their diets.

Other brain disorders that may improve in response to a gluten free diet include autism, a specific (although rare) form of epilepsy, and schizophrenia. Of course, anyone suffering with symptoms of any of these types of issues should always consult a medical professional for advice and treatment, but removing gluten from the diet may be one way to counteract these struggles and decrease symptoms.

HOW TO EAT ON A GLUTEN FREE DIET

If you think that you need to try eating a gluten free diet but aren’t sure where to begin, it’s not too difficult to find great resources. The healthiest gluten free diet is one that is rich in fresh vegetables and fruits, clean proteins, and non-processed whole grains such as wild rice, oats, millet and amaranth.

One thing to be aware of is the fact that there are many foods that are not bread or baked goods, but they may actually contain gluten because they are made with barley, wheat or rye. These are often processed foods that include beer, candies, gravies, sauces, spice packets, seasoning mixes, soups, processed lunch meats, salad dressings, and French fries. The best way to avoid problems with these is to read packaging carefully and avoid processed foods whenever possible.

The best news about eating a gluten free diet today is that many wheat-free options are now widely available in supermarkets. However, many of these are often processed, filled with preservatives, and not necessarily healthy for the body. Rather than substituting your bread and baked good with gluten-free options, consider substituting by adding more fresh fruits and vegetables as well as whole grains such as quinoa and oats in order to get the appropriate amount of vitamins and minerals in your diet.

If you are interested in testing for Celiac Disease or gluten sensitivity feel free to contact our office for more information.

Call us today to get your Gut Testing underway!