What Is Vitamin B12 and Why Is it Important? 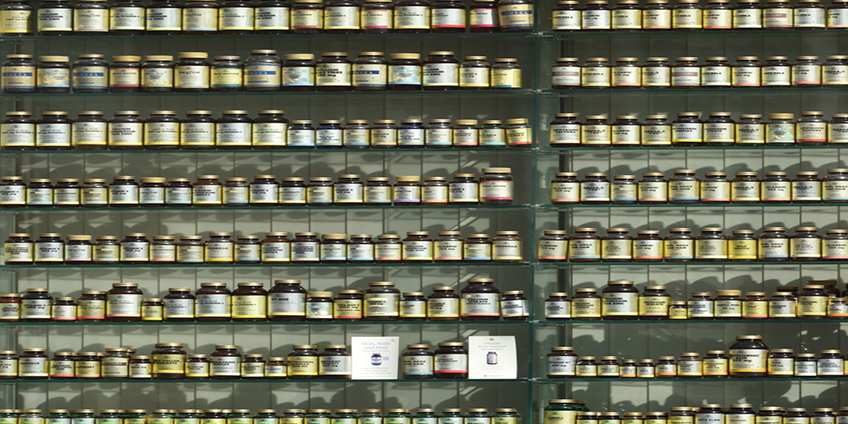 Do you ever suffer from chronic fatigue, depression, digestive dysfunction, or joint pain? Did you know that all of these are potential signs of a particular vitamin deficiency?
You may not realize it but eating actually takes a whole lot of work. Sure, it’s easy enough to pick up a morsel of food, chew, and swallow. But it’s what comes next that ultimately determines whether your body derives any benefit from what you’ve just consumed.

Most people are aware that the digestive process is what converts larger food particles into smaller nutrients that the body can use to build muscle, generate energy, and generally keep things running smoothly. But this complex series of chemical reactions only does so if all the necessary cofactors are present.

Often in the modern world, these cofactors aren’t present – which is when problems start to arise. Many people just aren’t eating the well-rounded diets that facilitate healthy digestion and proper nourishment, which leaves them feeling weak, lethargic, and not fully themselves.

If this sounds like you, there’s a good chance that you’re deficient in something nutrition-wise. If you constantly feel tired, moody, and unable to seize the day like you once could, this could point to a vitamin deficiency – particularly vitamin B12, the “energy” vitamin.

What Is Vitamin B12 and Why Is it Important?

Also known as cobalamin or methylcobalamin, vitamin B12 is a water-soluble nutrient typically found in meat, fish, dairy, and eggs.

Vitamin B12 plays a critical role in regulating:

Because the body’s entire metabolic structure depends on vitamin B12, this vitamin deficiency can take many forms. Some signs of vitamin B12 deficiency are obvious, while others are much more subtle.

Chronic fatigue, depression, digestive dysfunction, and joint pain are some of the potential signs of a deficiency in B12.

One of the reasons why symptoms of vitamin B12 deficiency can vary dramatically is due to the many ways this nutrient functions at the cellular level. The central nervous system, for instance, relies on vitamin B12 to not only protect against nerve damage, but also to facilitate neurotransmitter signaling. It plays a critical role in almost every cognitive function.

Because vitamin B12 also facilitates energy production, deficiency can manifest in several ways, including an inability to stay focused. Some people will feel that they just aren’t as sharp as they used to be, which could mean that they aren’t getting enough B12 in their diet.

Vitamin B12 Works to Support Wellness

At its most basic level, vitamin B12 is responsible for converting homocysteine, a food-based amino acid, into methionine, a sulfur-containing amino acid metabolite that the body uses for countless metabolic processes.

This conversion is often referred to in scientific literature as the methionine cycle, and it’s one of the most critical components of maintaining optimal health. When vitamin B12 is lacking and homocysteine builds up in the blood, the methionine cycle is deemed broken. This is when disease risk begins to skyrocket.

As the primary catalyst in supporting the methionine cycle, vitamin B12 must be present for the body to synthesize proteins and support cellular maintenance and repair.

Vitamin B12 further helps to protect the integrity of DNA and RNA, and the functionality of nerve and brain cells. With an ability to cross the blood-brain barrier, vitamin B12 directly supports the healthy production of serotonin, the mood-regulation molecule that plays a key role in balancing mood and supporting emotional health.

If you experience this vitamin deficiency, your body wouldn’t be able to produce red blood cells, which deliver necessary oxygen to bodily tissues. Your immune system would eventually fail without vitamin B12, which functions as a key ingredient in the manufacture of white blood cells that ward off disease.

Methylcobalamin vs Cyanocobalamin: What Your Body Prefers

One of the leading nutrient deficiencies in the world, vitamin B12 is commonly recommended as a dietary supplement. Unfortunately, the type most often available in supplement form – cyanocobalamin – isn’t exactly what the body needs to fill this nutritional gap.

While cyanocobalamin isn’t completely useless, the body must exert large amounts of energy to convert it into methylcobalamin B12, the type of vitamin B12 that it actually prefers. This conversion process further depletes the body of energy, which is the exact opposite of what you want when your energy stores are already low due to a B12 deficiency.

Methylcobalamin is preferable because it contains methyl molecule groups that activate hundreds of necessary chemical reactions throughout the body. These methyl groups aren’t present in cyanocobalamin, which contains cyanide molecules which must undergo major changes in order to become usable by the body.

What are some of the best sources of natural methylcobalamin?

One place you won’t find it is in plant-based foods, which is why vegetarians and vegans need to be extra vigilant against vitamin B12 deficiency.
While some forms of seaweed and mushrooms contain similar forms of vitamin B12, the human body is unable to utilize these because they aren’t compatible. They’re often described as being “inactive” forms of vitamin B12.

With that said, animal-based foods are nature’s richest sources of methylcobalamin, though even these can be limited in supply.

Excellent natural sources of methylcobalamin include:

The National Institutes of Health (NIH) recommend that children intake between 1.2-1.8 mcg of vitamin B12 per day, and adults between 2.4-2.8 mcg per day [4]. While this is a relatively small amount compared to other vitamins, it’s not always easy to get this in a normal diet, unless you’re eating a lot of meat and fish, or supplementing with methylcobalamin.

If you believe that you are suffering from B12 deficiency and you would like to discuss, click the link below.