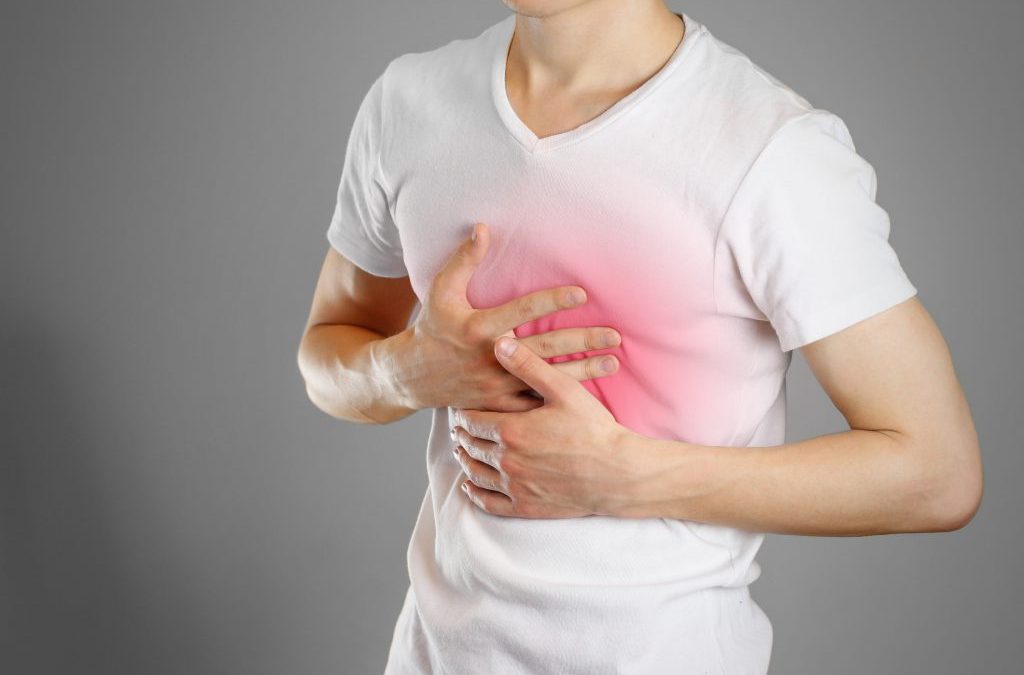 Do you have acid reflux or the more severe form known as gastroesophageal reflux disease? (GERD) This is one of the most common digestive conditions treated by gastroenterologists and primary care doctors. Typical symptoms include heartburn, regurgitation, and throat pain, while less common symptoms may include coughing, chest pain, and wheezing. The prevalence of GERD varies strongly between continents; in North America, the prevalence is highest and is estimated to affect up to 28% of adults.

What is happening with GERD?

With GERD, there is a backwash of stomach acid into the esophagus, and in more severe cases, into the mouth. This abnormality occurs due to the lower esophageal sphincter (LES) not working correctly. Normally when one swallows, the LES relaxes and allows food and liquid to flow into the stomach. The LES subsequently tightens again to keep the stomach content in the stomach. When the LES relaxes too much or weakens, it does not stop stomach acid from flowing up into the esophagus.

The most common risk factor for GERD is being overweight as it causes pressure on the LES. Other aggravating factors include:

Common Drugs for GERD Are Risky

These drugs suppress stomach acid secretion. They can be effective in reducing GERD but they are not recommended for long term use. The most common side effects are headache, diarrhea, nausea, and vomiting.

And there is more concern, a study by the U.S. Department of Veterans Affairs, which found PPI use was associated with deaths, in particular from cardiovascular disease, chronic kidney disease, and upper gastrointestinal cancer. That study was performed in a large cohort that included over 157,000 PPI users and nearly 57,000 users of H2 blockers – which is another type of stomach acid suppressor.8 One of the lead researchers of that study was Ziyad Al-Aly, MD, assistant professor of medicine at the Washington University School of Medicine in St. Louis. He stated his concerns that “Given the millions of people who take PPIs regularly, this translates into thousands of excess deaths every year.”  Furthermore, since many people take PPI medications long-term, he warned: “Taking PPIs over many months or years is not safe, and now we have a clearer picture of the health conditions associated with long-term PPI use.”

Stomach Acid Has A Purpose

PPIs can cause the following nutrients to be deficient:

Also, PPIs increase the risk of these diseases:

Eighty-five of the patients were treated with PPIs, while 88 other patients followed a Mediterranean-style diet (restricting animal products more than typical) and drank alkaline water. Also, both groups avoided foods known to commonly trigger acid reflux such as coffee, tea, soda, greasy and fatty foods, chocolate, spicy foods, and alcohol. Interestingly, the researchers found that of those who made the diet changes, 62.6 percent showed a clinically meaningful improvement, while of those taking PPIs, 54.1 percent showed clinically meaningful improvement. The reduction in reflex symptom index also was significantly better in the diet group (39.8%) than in the PPI group (27.2%). The benefit of the Mediterranean Diet with GERD may be related to its effect on the LES since dietary intake affects LES pressure.

If you need help with chronic GERD treatment then contact us to schedule a consult!

Mone I, Kraja B, Bregu A, et al. Adherence to a predominantly Mediterranean diet decreases the risk of gastroesophageal reflux disease: a cross–sectional study in a South Eastern European population. Dis Esophagus. 2016;29(7):794–800.