What Is the Vagus Nerve and Why Is It So Important to Our Health and Well-being? 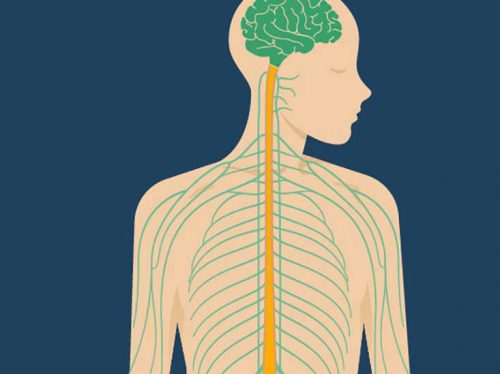 The name “vagus” in Latin means “wandering”. The vagus nerve originates in the brainstem. It is the 10th cranial nerve, which is responsible for the parasympathetic control of the majority of our internal organs, including the heart, the lungs, and the digestive tract. The vagus nerves are normally referred to in the singular but there are actually two of them.

The reason why having good vagus function is so critical for our health and longevity is because the parasympathetic fibers of the vagus nerve connect to all the organs (except the adrenal glands), from the neck down to the second segment of the transverse colon! This means that the vagus nerve is the primary component of your parasympathetic nervous system and as such plays a key role in tasks such as heart rate, breathing rate, gastrointestinal peristalsis, sweating, detoxification, and many more. The vagus nerve also controls a few skeletal muscles, including muscles responsible for swallowing, as well as phonation (producing sound through vibration) and speech.

Dr. Stephen Porges was the one who developed the Polyvagal Theory, which explains our nervous system’s response to stress or danger. It describes a three-part hierarchical system: ventral vagus activation (relaxation and social engagement), sympathetic activation (fight-or-flight), and dorsal vagus activation (immobilization or freeze).

During non-stressful situations, if we are emotionally healthy, our bodies stay in a social engagement state, or a happy, normal, relaxed state. In this state, we are capable of connecting with another human being. The sympathetic nervous system is our immediate reaction to stress that affects nearly every organ in the body. The resulting fight-or-flight state is designed to keep us alive. In fight-or-flight at some level, we believe we can still survive the threat we are facing at that moment. But when our sympathetic nervous system has kicked into overdrive and we still can’t escape, the dorsal vagal parasympathetic nervous system takes control. It causes freezing or shutdown, as a form of self-preservation, e.g. someone who passes out under extreme stress, or somebody who freezes on stage and cannot get their words out. The issue is our nervous system can perceive danger where there isn’t any real threat (as a result of early life exposure to stress and conditioning).

Why Is That Relevant To Health & Longevity?

Basically, we have evolved to live predominantly in a relaxed state, activate the fight-or-flight response when we face danger, then reactivate the relaxation response after the danger has passed. Unfortunately, most people spend most of their days in that constant stress state due to chronic fears, anxieties, guilt, shame, frustration, poor self-worth, negative beliefs, etc. Not to mention experiencing stress relating to everyday problems, such as finances, relationships, illness, traffic, and so on. Most people spend the majority of their waking moments dwelling on the past or worrying about the future. All that activates the sympathetic nervous system. And this sympathetic dominance causes the weakening of the parasympathetic rest-digest-detoxify-heal response, which many people are unable to activate effectively enough when they need to.
In addition, chronic disease states are associated with either the fight-or-flight response or the parasympathetic freeze (or shutdown) response. Many people with chronic fatigue for example will relate to feeling more like they are in a shutdown mode. Neither of those states is conducive to healing.

The bi-directionality of this communication must be emphasized. Overall, there is now strong evidence from animal studies that gut microorganisms can activate the vagus nerve and that such activation plays a critical role in mediating effects on the brain and behavior. However, as shown in multiple studies, when the vagus nerve was cut, the communication and the overall effect was drastically reduced (almost ceased). So the healthy microbiome itself is not enough. At the same time, our mind (our thoughts and emotions) affect our gut health and microbiome via the vagus nerve as well. In animal studies, stress inhibits the signals sent through the vagus nerve and causes gastrointestinal problems. Poor vagus nerve function explains why stress: suppresses stomach acid and digestive enzyme production, increases gut permeability (leaky gut), reduces the Migrating Motor Complex (this is the main cause of SIBO), contributes to dysbiosis and nutrient malabsorption.

Vagus Nerve and the Immune System

Did you know that chronic inflammation is the most common sign of poor vagus nerve function? Vagus nerve is a conduit between the brain and the immune system. The well-functioning vagus nerve sends signals to shut down inflammation via the cholinergic anti-inflammatory pathway.

Inflammation is a healthy immune system response, which serves to protect and repair the body from something damaging, e.g. infection or damaged muscle tissue. However, after it has served its purpose the inflammatory response is normally turned off. When inflammation is not switched off, it becomes chronic. The hyped-up immune response becomes the new norm, which over time leads to the breakdown of the body.

Chronic inflammation is associated with pretty much every chronic illness in existence. Research shows that those with inflammatory conditions, such as rheumatoid arthritis, fibromyalgia, etc. often have decreased heart rate variability, which is a marker of reduced vagal tone. This is associated with high levels of pro-inflammatory cytokines and an increase in sympathetic nervous system activity and stress hormones, which contributes to systemic inflammation.

Low Vagal Tone Has Been Linked To:

How Do I Know If My Vagal Tone Is Low?

Your first clue is in the previous paragraphs. If you have any of the complaints listed there, that is the first indication that your vagus nerve function is compromised. Also, if you are chronically stressed, your vagus function will be poor. Remember that there are many factors, other than everyday stress, that contribute to that (e.g. early life exposure to stress/trauma, negative beliefs). I call this collectively emotional toxicity.

Because the vagus nerve has the most extensive distribution of all the cranial nerves, here are some other issues associated with low vagal tone:

The best way of measuring the vagal tone we have is HRV (Heart Rate Variability). This is NOT the same as the heart rate. HRV measures time between consecutive heartbeats (in milliseconds). So we want our resting heart rate to be low (50 – 70 bpm) but we do want our HRV to be high (so not like a metronome). High HRV indicates more adaptability. If you’re interested in measuring HRV, look up HeartMath.

Some Strategies To Increase Vagal Tone

Call us today to learn more about how your body responds to stress and how we can help!