What exactly is Histamine Intolerance? 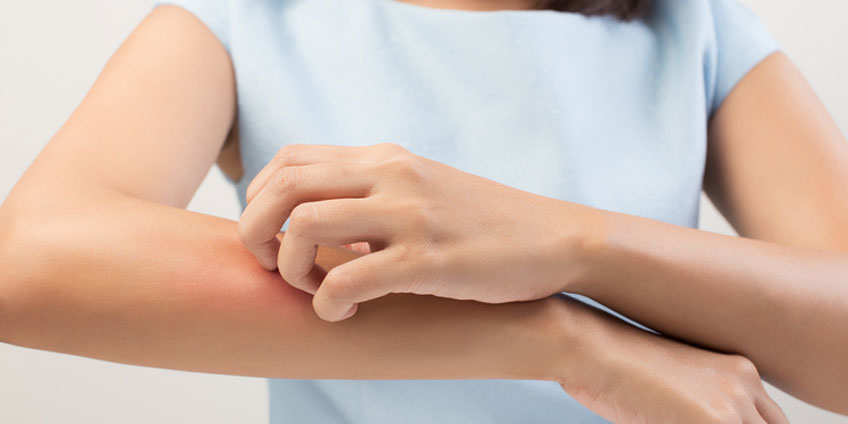 Histamine is found lurking primarily in aged, cured, fermented, cultured, and spoiled foods. From a survival perspective, it is imperative that humans have avoided rotting flesh. When animals die, bacteria from the gastrointestinal tract leaks out and starts digesting proteins. Some of the amino acids from the proteins are converted by bacterial enzymes to bioactive amines, the chief of which is histamine (formed from amino acid histamine) At low levels, histamine increases stomach acid, which helps kill off any bacteria we may be exposed to. However, at high levels, histamine may trigger nausea, diarrhea, heart palpitations and dilation of blood vessels may cause a severe headache.

The Anatomy of a Histamine Reaction

Within minutes a person exposed to histamine may experience:

If the reaction continues, these symptoms may occur:

And in severe cases, there may be:

Biogenic Amines… Histamine is one of them!

A biogenic amine is a potent signaling molecule made from an amino acid. Histamine, for example, is made from the common amino acid histidine (amino acids are what proteins are made of). Meat and fish are rich in protein, so they are chock full of amino acids.

The most common biogenic amines and the amino acids they are made from:

Many species of bacteria and yeast contain the enzyme histidine decarboxylase (HDC), which turns histidine into histamine or other biogenic amines into their active form. When meat or fish is not immediately consumed or frozen, bacteria get straight to work breaking down the amino acids within it, and one of the by-products is histamine.

For those who are sensitive to histamines, it is essential to eat your meat/fish fresh or confirm that it was frozen quickly. Seems simple enough, right? But wait, there’s more. Many people go out of their way to ferment foods on purpose! We add bacteria to milk to make cheese and yogurt. We add yeast to grapes to make wine. We add bacteria to meat to make salami. In the process, these fresh foods—milk, grapes, and meat—which in their fresh forms are essentially histamine-free, become very high in histamine and other biogenic amines. Not a problem… unless you have histamine intolerance!

Histamine intolerance is the intolerance towards “normal” levels of histamine in food caused by a decreased activity of the histamine-degrading enzymes diamine oxidase (DAO) or histamine N-methyltransferase (HNMT). In the gut the main enzyme is DAO while in other parts of the body like the skin and brain the enzyme HNMT degrades histamine.

Dietary biogenic amines are not limited to rotten meat and spoiled fish. They are present in aged cheese, red wine, chocolate, which are all common migraine triggers. And the meat we consume is not the only problem with bacteria. Another problem comes because we all have a myriad of microbes living in our guts. When these populations become imbalanced as in the case of bacterial overgrowth, like SIBO (small intestinal bacterial overgrowth) or yeast overgrowth, the microbes in our gut can also contribute to producing too much histamine as well. Many people who suffer from histamine intolerance have either deficiencies in DAO enzyme production (which breaks down histamine) or excess of bacteria and yeast that have become histamine production factories in the gut.

What exactly is Histamine Intolerance?

In a 2007 review article we read that histamine intolerance affects at least 1% of the population, and 80% of those affected are middle-aged. “The term “histamine intolerance” was introduced as common denominator for symptoms such as abdominal pain, flatulence, diarrhea, headache, itching, swelling of the eyes, hives, runny nose, painful periods, difficulty breathing, racing heart, palpitations and low blood pressure occurring after the consumption of histamine-rich foods,” according to article written in 2011 by Komericki.

Histamine intolerance may be caused by abnormally low levels of DAO. DAO is found, among other places, in the membranes of cells lining the small intestine and the upper portion of the colon, therefore people with damaged gastrointestinal systems seem to be at higher risk for histamine intolerance.

Women are more commonly affected than men by histamine intolerance. This may be because estrogen and histamine reinforce each other—histamine can increase estrogen levels and vice versa, which may explain why histamine intolerance is associated with pre-menstrual cramps and menstrual migraine and even uterine fibroids. Pregnant women may experience relief from food sensitivities during pregnancy because the placenta secretes very high amounts of diamine oxidase, or DAO, the enzyme that destroys histamine.

So What Causes Histamine Intolerance? Common causes include: