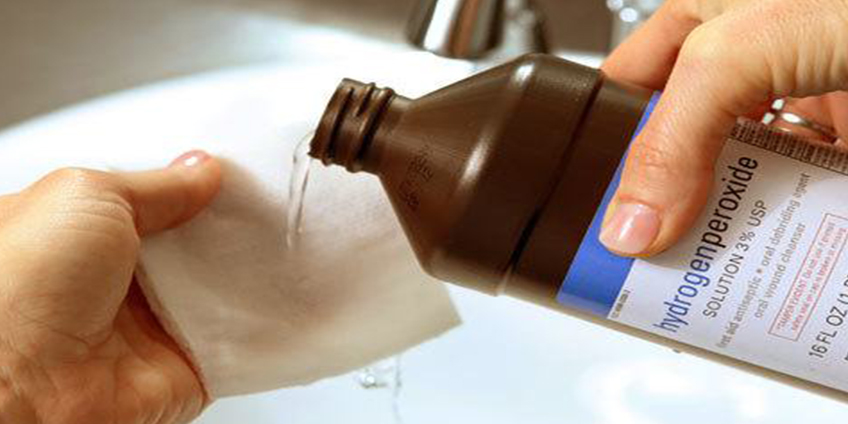 Common hydrogen peroxide is great stuff with many uses ranging from cleaning wounds to working as a deodorant, and is a dirt cheap alternative which helps to avoid high priced cleaning products as well as the chemicals they contain that some environmentally and health conscious people want to eliminate from use.

These suggestions utilize common household hydrogen peroxide which typically comes in a brown bottle and can be picked up at any drugstore, usually at 3% dilution which is quite safe, but best to avoid consumption as it can upset stomach and may cause coughing up of frothy bubbles. Also avoid contact with eyes, and some people can experience skin irritation even at these low concentrations, if it occurs it might be best to avoid using hydrogen peroxide. 3% dilution is typically safe, but hydrogen peroxide does come in stronger concentrations and should only be used as intended and never ingested, these higher concentrations can cause severe internal burns and will irritate eyes and skin. Hydrogen peroxide has a wide variety of many uses! These are just a few common uses that make having it around in the home worthwhile!

Looking for more personalized tips on how to keep healthy? Contact me for a consultation.