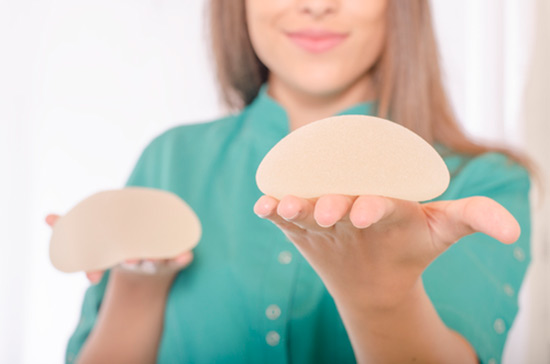 If you’re a woman with breast implants odds are at some point you’re going to ask yourself, “Is BII real and do I have it?”

This is despite the fact that various official organizations warn that breast implants should not be regarded as lifetime devices. The FDA in the US, for example, explains that the longer you have breast implants, the more likely it will be for you to have them removed. In addition, their list of risks associated with this procedure is extensive and detailed, ranging from chest wall deformity to toxic shock syndrome.

Now, about 50 years after breast implants were first introduced globally, un-tracked numbers of women are complaining of a recognizable pattern of health problems, which they attribute to their implants. Those suffering from these symptoms generally refer to the condition as Breast Implant Illness or BII (although non-medical, this term is widely used). Various social media groups and organizations have been formed by these women, most notably Healing Breast Implant Illness and The Implant Truth Survivors.

What Is Breast Implant Illness?

Breast implant illness is the name given to the variety of symptoms and illnesses reported by women after implantation. Often, allergy-like symptoms including fatigue, muscle weakness, aches and pains, and brain fog begin shortly after breast augmentation surgery. While silicone is used for a variety of medical devices, including pacemakers and cochlear implants, research is now pointing to symptoms appearing after exposure to silicone. (1)

In fact, the 2008 study “The Association Between Silicone Implants and Both Antibodies and Autoimmune Diseases” stated that women with silicone breast implants had a higher IgE serum level than women without silicone breast implants. (2) IgE levels are high when the body’s immune system responds to a perceived threat, releasing additional immunoglobulin E. Elevated concentrations are found in various diseases including primary immunodeficiencies, infections, inflammatory diseases, and malignancies. (3)

Other symptoms of breast implant illness include depression, panic attacks short-term memory loss, hair loss and changes in the skin.

When a saline-filled breast implant ruptures, the salt water leaks out and the body absorbs it. There have been circumstances in the last few years where mold and bacteria have grown inside saline implants causing adverse side effects. (8)

When a silicone breast implant ruptures, the first signs are breast pain and a change in the shape of the breast. If you suspect your implant has ruptured, speak with your doctor immediately about an MRI scan, especially if you are experiencing any signs or symptoms related to silicone poisoning or toxicity.

Also, when a silicone breast implant ruptures, the immune system attempts to separate the silicone from the body, creating a “siliconoma.” Researchers have recently found that siliconomas can travel throughout the body to reach the extremities. (9)

In the study “Pathology of Silicone Leakage from Breast Implants” conducted by the Department of Pathology at Vrije Universiteit, Amsterdam, researchers outlined that silicone leakage and “gel bleed” is associated with histiocytic necrotizing lymphadenitis and autoimmune and connective tissue diseases. The conclusion drawn was that side effects may be significant enough to lead to further discussion about removing the implants from the market. (10)

And, the National Cancer Institute seems to agree to state, “The excess risk of suicide among the implant patients remains of concern.”

The study itself stated, “If this association persists in other studies, women with silicone gel breast implants should be informed of the potential risk of developing fibromyalgia if their breast implants rupture and silicone gel escapes the fibrous scar capsule.” However, this significant finding is not included in the FDA’s “Risks of Breast Implants” highlighted below.

The article, “Autoimmune/Inflammatory Syndrome Induced by Adjuvant (ASIA) Evolution After Silicone Implants. Who is at risk?,” published in Clinical Rheumatology, recommends that individuals who have previously diagnosed an autoimmune disease or a genetic preponderance for a hyperactive immune system should not be considered candidates for silicone gel-filled breast implants. (13)

In addition, the FDA, like many health organizations, has stated that women with silicone breast implants do have a higher risk for developing the rare anaplastic large cell lymphoma. (15) This type of cancer can be particularly insidious because as of 2015 only about 30 percent of plastic surgeons were discussing risks of this cancer with patients. For some reason that doctors and researchers don’t yet understand, the risk of this rare lymphoma is higher with textured implants rather than smooth implants. If it’s diagnosed early enough, it’s usually treatable and not often fatal. However, as of March 2017, the FDA had received reports of nine deaths as a result of breast implant-induced anaplastic large cell lymphoma. (16)

Researchers at the Zabludowicz Center for Autoimmune Diseases in Israel found that breast implants actually cause a chronic stimulation of the immune system against the prosthetic material. The study recommends that patients who experience an inflammatory response to silicone should be monitored carefully as “serious health effects can follow.”(17)

In addition to the 6 breast implants dangers outlined above, the FDA publishes “The Risks of Breast Implants,” which are:  (18)

Dr. Edward Melmed, a leader in plastic surgery, implanted thousands of women over the years. In 1992 he started taking breast implants out instead of putting them in. (20) “Like most plastic surgeons, I didn’t think there was anything wrong with implants. We were always told that implants would last forever. We know that is not true anymore.”

Now, women from around the globe suffering from breast implant illness and other symptoms seek out Dr. Melmed and other plastic surgeons that are willing to remove breast implants and not replace them. According to the American Society of Plastic Surgeons, 28,467 implant removals were completed in 2016. (21)

Research supports explantation for individuals experiencing adverse effects and symptoms. Recently, researchers from the Department of Plastic and Reconstructive Surgery, VU University Medical Center in Amsterdam, stated that explantation of the implants may reduce the symptoms, including fatigue, joint and muscle pain, morning stiffness, night sweats, cognitive and dermatological complaints.

If you are experiencing any of the symptoms mentioned above, or have been diagnosed with an autoimmune-related disease, having your implants removed may provide the relief you’ve been seeking.

Multi-thousands of women are following a great resource found here with Nicole at https://healingbreastimplantillness.com/.  There are also private facebook pages where you can share your story and interact with other women experiencing the same issue you are.

Here you can find all the information you need and where to find the right doctor for an explant.  List of explant surgeons can be found here https://healingbreastimplantillness.com/explant-surgeons/

At Connor Wellness Clinic we help women with implants and after explant with healing and supporting the body through natural therapies.

If you’re unsure if you want to have your implants removed and are suffering from many health issues we offer programs to help bring your body back into balance.

If you’ve had an explant and are ready to get on the road to recovery we offer programs to help you get your health back and dampen any autoimmune response you may be experiencing.

Call today to get your testing underway!