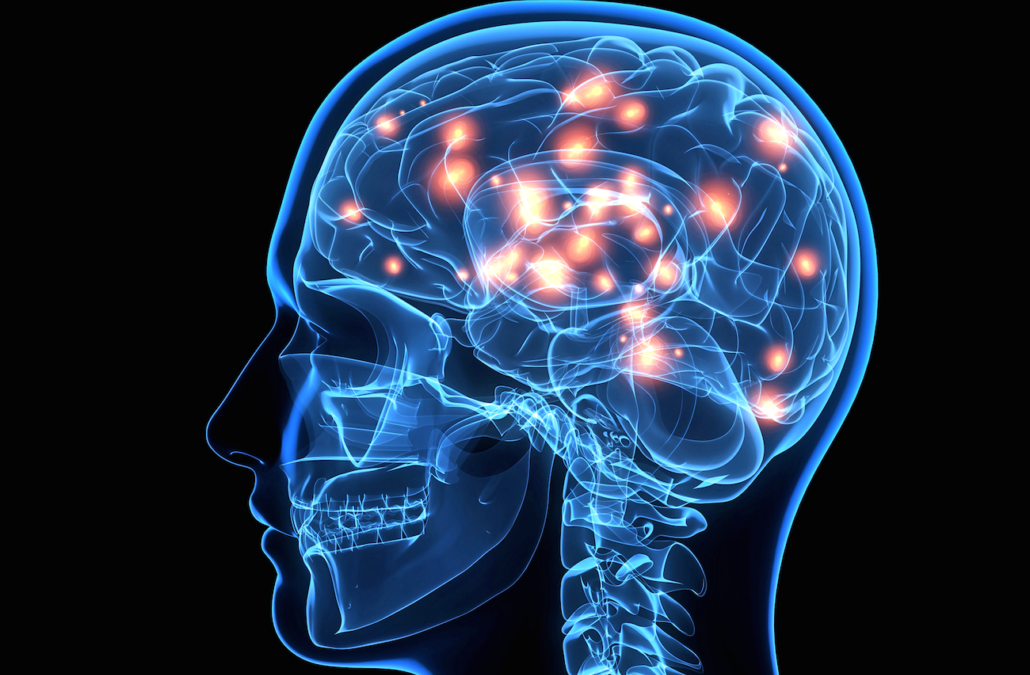 Brain health is a hot topic lately. Not because it wasn’t exceedingly important before, but because we have a much better scientific understanding of the cognitive function and the things that impede it as we age.

One of those cognitive-impairing components that we’ll encounter naturally in life is amyloid plaque.
It’s a natural protein made by our bodies that when not cleared properly, becomes entangled between our neurons and is associated with memory loss, reduced attention span, and a slew of mild cognitive impairment issues as well as more significant issues such as Alzheimer’s.

So, is there anything you can do to curb or slow down the natural buildup of amyloid plaques in the brain?

This article covers what precisely what amyloid plaques are, how they impact brain health, and what you can do daily to minimize its buildup.

Don’t lose track of your car keys! To learn more about how to keep your neurocognitive health at optimal levels, click the button below!

Proper brain health is essential for optimal cognition and social behavior. But as we age, the structure of the brain changes, leading to an age-associated decline in brain function that results in memory loss, reduced attention span, and other cognitive issues.

The functions that are most disturbed as the brain ages are attention and memory. Sometimes brain cells disappear from both the cerebral cortex, a structure in front of the brain that is the center of intellectual activity, and the hippocampus, a structure deep within the brain involved in memory and thinking. As these cells malfunction and die, the connections between them are also lost, resulting in a negative impact on cell-to-cell communication.

WHAT ARE AMYLOID PLAQUES?

Amyloid plaques are clumps of protein found outside of every cell in the brain. These cells are composed of amyloid peptides.

Amyloid is a term used to characterize protein fragments that are produced by the body. When the brain is healthy and functioning correctly, these protein fragments are broken down and eliminated. But if the brain is not working as it should, these amyloid plaques clump together between nerve cells and can negatively affect brain function. The plaques that form in the protein known as beta-amyloid are often associated with mild cognitive impairment and may result in further complications in the brain.

WHY ARE AMYLOID PLAQUES A CONCERN?

Attention and memory are basic but complicated cognitive processes. They are involved in all brain functions except for those used unconsciously.

A decline in concentration and memory can affect a person’s ability to function efficiently in everyday life. When a person reaches their 20s, their brain function tends to be at its best, but once they turn 40, many people start noticing changes in their attention and memory. Some of these changes include the inability to remember names and events, as well as problems with multitasking.

As nerve cells shrink as we age, the connections between neurons decline, and there is a decrease in blood flow and functionality.

Immune cells in the brain view malformed protein as a signal that something is not working correctly, and they attack the nerve cells. The problem is when a faulty protein break creates the beta-amyloid protein.
As the beta-amyloid disintegrates, it generates harmful free radicals, which in turn affect and destroy cell membranes. The resulting mass of dead cells becomes entangled and forms beta-amyloid plaque. The build-up causes the nerve fibers to alter the brain’s memory center, making it difficult for them to carry information to and from the brain.  Additionally, it can hamper the formation of new memories and make it harder to recall earlier memories.

Once the amyloid plaques accumulate in the brain, they damage the newer cells. These spiral filaments of protein form irregular circles around the nerve cells and lead to the cell’s death and destruction.1

The brain oversees all bodily functions and depends on the immune system to work properly. Healthy maintenance of brain cells becomes stifled when the body is immune cell deficient. Additionally, getting adequate sleep can support brain health and allow your body to function at its best during the day.

Maintain a Strong Immune System
One reason behind the deterioration of brain cells is a weak immune system. When the immune system is not adequately functioning, powerful immune proteins known as complement proteins develop around the plaques in the brains of individuals who have beta-amyloid buildup. For this reason, maintaining a robust immune system is of utmost importance to encourage healthy brain functions as we age.

Take in Proper Free-Radical Fighting Vitamins
Antioxidants and vitamins have shown to offer several health benefits against the oxidative damage caused by the natural aging process. Levels of vitamins A and E tend to be low in people with beta-amyloid buildup. At the same time, vitamin C (often referred to as ascorbic acid) is perhaps one of the most essential nutritional ingredients needed for overall wellness.* These nutrients act as free-radical scavengers, and low levels of these antioxidants and vitamins may expose brain cells to oxidative damage.*2

Get Adequate Sleep
Along with proper nutrition, adequate sleep is essential for maintaining optimal brain health. Research suggests that poor quality sleep disturbs your immune system and brain health, contributing to the discharge of more tau proteins. The proteins accumulate and spread, affecting areas of the brain that are vital for memory and attention.3

In the absence of a healthy, well-functioning brain, a mutated version of the tau protein causes traffic jams between the nucleus and the rest of the cells. These blockages make people susceptible to poor brain health. In the presence of the mutated tau protein, nuclear pores become physically disrupted and fewer in number and pieces merge, disintegrating the neuron’s transport system, which affects how the brain cells work. An untangled tau protein works best so that it can bind to microtubules to keep supporting the brain.4

For most of us, the best way to keep amyloid plaque production to a minimum is to get adequate, quality rest, eat a well-balanced diet with plenty of free-radical fighting nutrients, and do what we can to maintain a healthy immune system – which includes nutrition and rest. Supporting the immune system can enhance brain metabolism and slow down the natural deterioration of cognitive functions caused by amyloid plaques.*

Curious to know more information about your brain health? Contact us today!