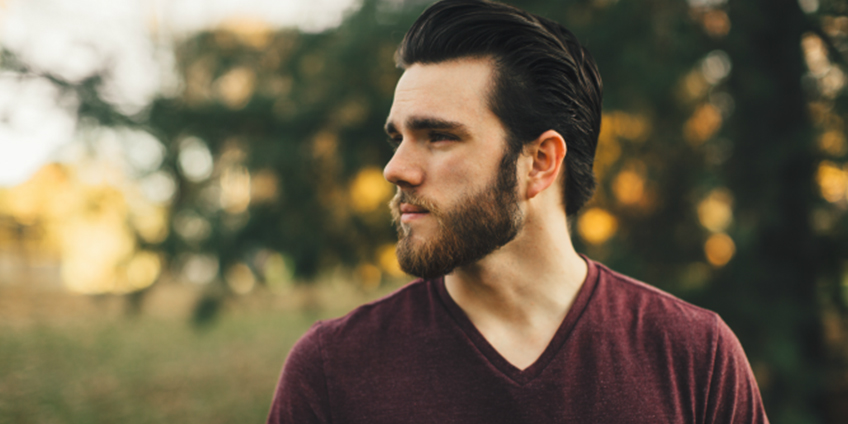 It’s that time of year again. And no, we aren’t speaking of pumpkin-flavored everything, or early morning need to scrape the frost from the car windshield.The time of year we are speaking of is Movember – a movement designed to raise awareness of male health issues, and a month in which many go without shaving that mustache or beard, not out of laziness, but for a cause.

Although many of the health conditions that men face with aging mirror those of women, there are of course unique genitourinary and sexual health concerns.

In men, the organ which we start to become more aware of with age is the prostate gland – the walnut-sized nugget located in front of the rectum, surrounding the urethra through which urine passes. For many, this gland, critical to reproductive health, stays off their radar in the younger years, aside from the somewhat uncommon prostate infection. However, as men age, for many, the size of the prostate increases due to cellular hyperplasia, a condition known as benign prostatic hyperplasia (BPH).

Given the routing of urine through the prostate, it perhaps is not surprising that when males experience this condition the first symptom they notice is a change in urination patterns. This may be experienced as frequent urination, an altered (weak or split) urinary stream, as well as difficulty urinating. There also may be a sense of not being able to empty the bladder completely, and increased nighttime awakening to urinate. Although symptoms do not occur when the cells of the prostate first start changing, cellular changes typical of BPH are seen in 20% of men between 41 and 50, and 50% of men between 51 and 60 years of age. Symptoms of obstruction occur in roughly 25% of men by age 55. So, what can you do now to prevent this?

Nutrition for the Prostate

A number of nutrients are well-known to contribute to prostate health:

Zinc, atomic number 30, is a mineral critical to health and function of the whole body including
the prostate gland. The epithelial cells of the prostate gland accumulate more zinc than any other soft tissue in the male body. Zinc is necessary for the development of sperm, and supplementation has been shown to increase semen volume, sperm motility and the percentage of normal sperm morphology. Research suggests that zinc may support prostate health as an inhibitor of 5-alpha-reductase, the enzyme which converts testosterone to dihydrotestosterone (DHT), a stronger androgen in part responsible for hyperplasia. This is a pathway by which common medications used to address BPH act.

Until 1936, pumpkin seeds were listed in the United States Pharmacopoeia, and have long been used
as a food that is supportive to prostate health. The oils found in pumpkin seeds, commonly known as pepitas, provide essential fatty acids as well as a substance known as beta-sitosterol, a plant fat (“phytosterol”) that closely resembles cholesterol. Human and animal studies show pumpkin seed oil may support the function of the bladder and urethra, as well as prevent hyperplasia in the setting of excessive testosterone stimulation. Several double-blind clinical trials of beta-sitosterol have demonstrated it supports healthy prostate function, also acting as a 5-alpha-reductase inhibitor.

The fruit of saw palmetto commonly comes up in discussions of prostate health. Saw palmetto has
been shown to reduce binding of DHT in the prostate through inhibition of nuclear receptors. It too is a potent 5-alpha-reductase inhibitor, much like beta-sitosterol. Saw palmetto also supports healthy estrogen metabolism, a hormone found in men as well as women that also may play a role in BPH.

Stinging nettle root has been studied extensively regarding its detoxifying qualities and its support of prostate function. Nettles are commonly known for their “above the belt” use of aerial parts for the reduction of allergic symptomology, and their “below the belt” root-related use to support prostate health. Nettles root helps to regulate the effect of hormones, also acting as a 5-alpha-reductase inhibitor. Studies have shown benefits on symptoms of BPH in both animals and humans with the use of stinging nettle root extract.

Lycopene is a pigment that gives plants such as tomatoes, guava, watermelon and pink grapefruit
a red hue. As a carotenoid it has antioxidant effects, and is known to support the health of the vascular system and the eyes. Recent studies also have shown that supplemental lycopene supports prostate health.

DIM (diindolylmethane), an indole, is a plant compounds with health promoting properties, found
in cruciferous vegetables such as broccoli, cabbage, kale, cauliflower and Brussels sprouts. DIM has been shown to help regulate and promote a more efficient metabolism of estrogen, and an optimal ratio of estrogen metabolites for both male and female health.DIM promotes increased levels of the protective hydroxylated estrogen 2-OHE1, and also supports detoxification pathways in the body that help us deal with these toxic influences.

Call us today for more information on how to test and then improve your male hormones!